The study of human norovirus (NV), supported by the R.E.P. Foundation, Bangkok, Thailand, has been published in an international academic journal (1). For the purpose of this study, an one-year survey of the residents in Khlong Toei district of Bangkok was carried out in 2018-2019 to find and characterize the asymptomatic NV carriers which excreted NV without no acute gastroenteritis symptoms such as vomiting and diarrhea. It was the first large-scale survey in Thailand regarding asymptomatic infection with NV. Many cases of asymptomatic infection with NV were observed. Moreover, in some cases it was detected that NV infection was caused from an asymptomatic carrier through household transmission. Thus, this paper suggests that asymptomatic individuals play a substantial role in both maintenance and spreading of NV through household transmission in a community. This study was conducted by Thailand-Japan Research Collaboration Center on Emerging and Re-emerging Infections, RCC-ERI, in collaboration with Department of Medical Sciences, Ministry of Health of Thailand, Public Health Center 41, Bangkok, and Research institute for Microbial diseases, Osaka University, Osaka, Japan. And R.E.P. contributed to the conceptual planning of the research project and the sample collection in Khlong Toei district. 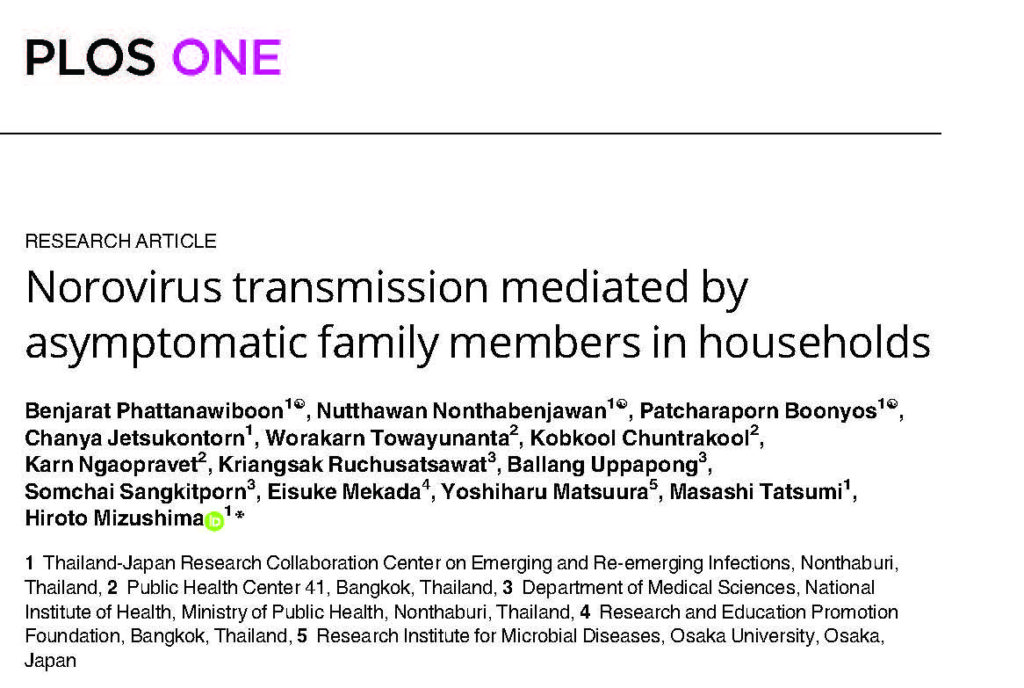